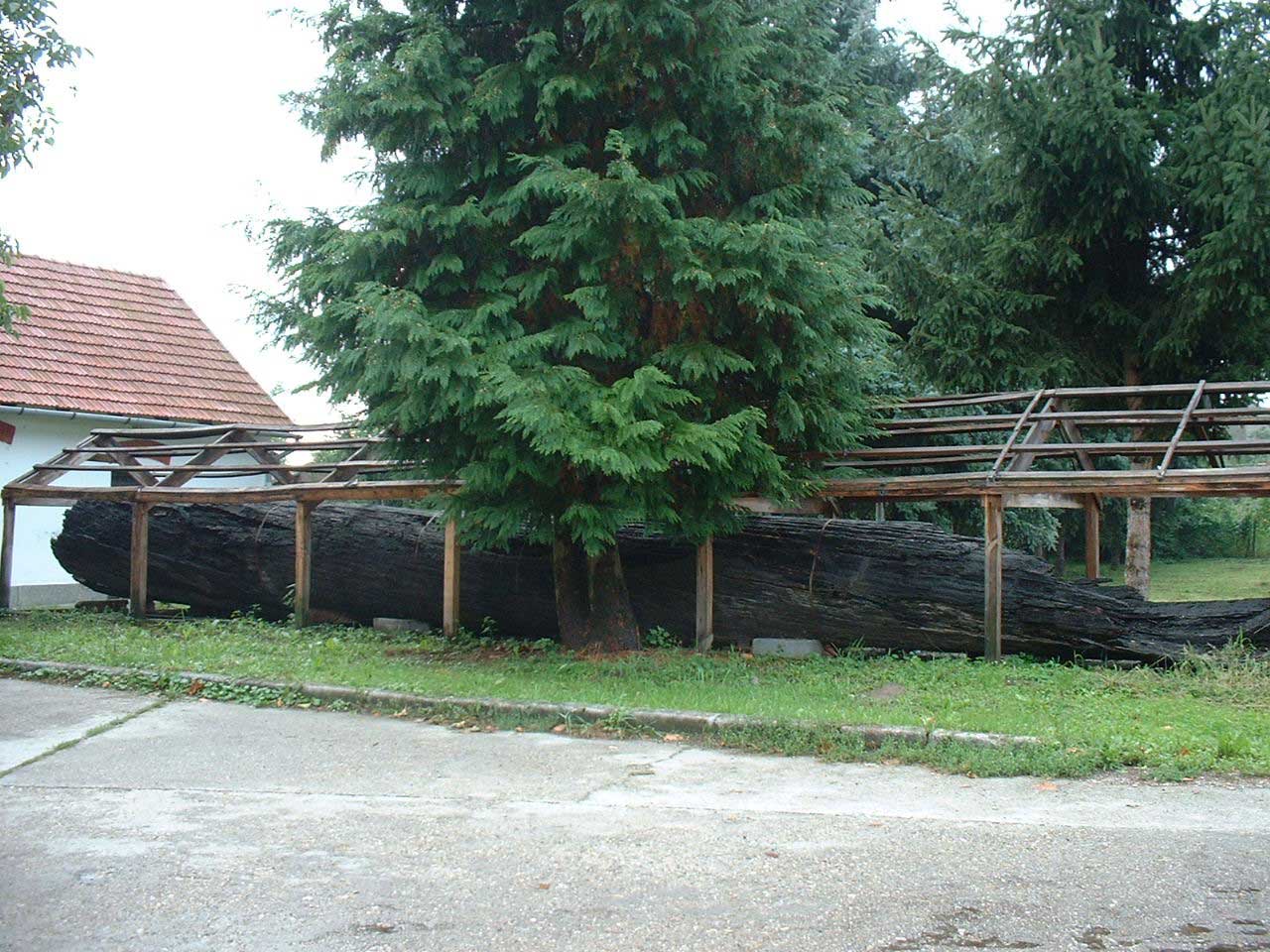 The Barcs Juniper woodland is a habitat complex of the Inner Somogy sand region and marshland, which is of special natural value. The Barcs Juniper woodland is a protected area of ​​Somogy county, formerly a landscape protection area, today it is part of the Danube-Drava National Park. Some of it can be visited by everyone, but there are some highly protected parts that can only be accessed with permission.

The botanist Ádám Boros drew the attention of the public to the natural values ​​of the sand region and marshlands on the border of Barcs-Darány already in 1923, but the first five smaller areas were declared protected only in 1942. Then, in 1974, the Barcs Juniper Woodland Landscape Protection Area was established on an area of ​​34 square kilometres, which became the fourth landscape protection area in Hungary. In 1996, this status was ended, and with the establishment of the Danube-Drava National Park, as part of it, this protected area was also granted the status of a national park. In 2000, unfortunately, much of the juniper woodland burned down and the wildlife suffered significant damage. In 2014, a commemorative plaque was placed there and professional presentations were held on the 40th anniversary of the Barcs Juniper woodland.

Its formation is due to grazing activities in the past: the prickly-leaved juniper bushes appearing in open areas have been avoided by grazing animals. It is characterized by lime-avoiding vegetation formed on acidic sandy soils, where mosses and lichens appear among the junipers first, followed by the formation of a sand steppe grassland.

Its plant rarities are the black anemone (Pulsatilla nigricans), the peucedanum (Peucedanum arenarium) and the immortelle (Helichrysum arenarium). In the endorheic parts of the juniper woodland marsh forests grow, the main tree species here is the European alder (Alnus glutinosa). Peat moss colonies live on the alders due to water cover. This region is the only Hungarian habitat of rare plant species such as the willowleaf meadowsweet (Spiraea salicifolia) and the highly protected crested wood fern (Dryopteris cristata) and Osmundaceae. The sandy grasslands of this area are also famous for animal species that do not live elsewhere, such as the cone-headed grasshopper and the woodlark, and the characteristic nocturnal bird of the pastures and birch forests, the nightjar. Collared flycatchers and black storks nest in the marshy alder forests. The European pond turtle and ferruginous duck stocks in the marshes are particularly valuable.

The Barcsi Borókás educational trail is 2 km long and can be conveniently explored in an hour. On the section of the main road 6 between Darány and Barcs, it is easily accessible by car, visitors can leave their cars in the car park and from there they can start exploring the area on foot; the trail is open throughout the year. The area is the grazing area of ​​the racka sheep, the flock is in the care of the Danube-Drava National Park Directorate, so the visitor may also encounter this old Hungarian domestic animal breed, which plays an important role in the nature conservation management of the area.