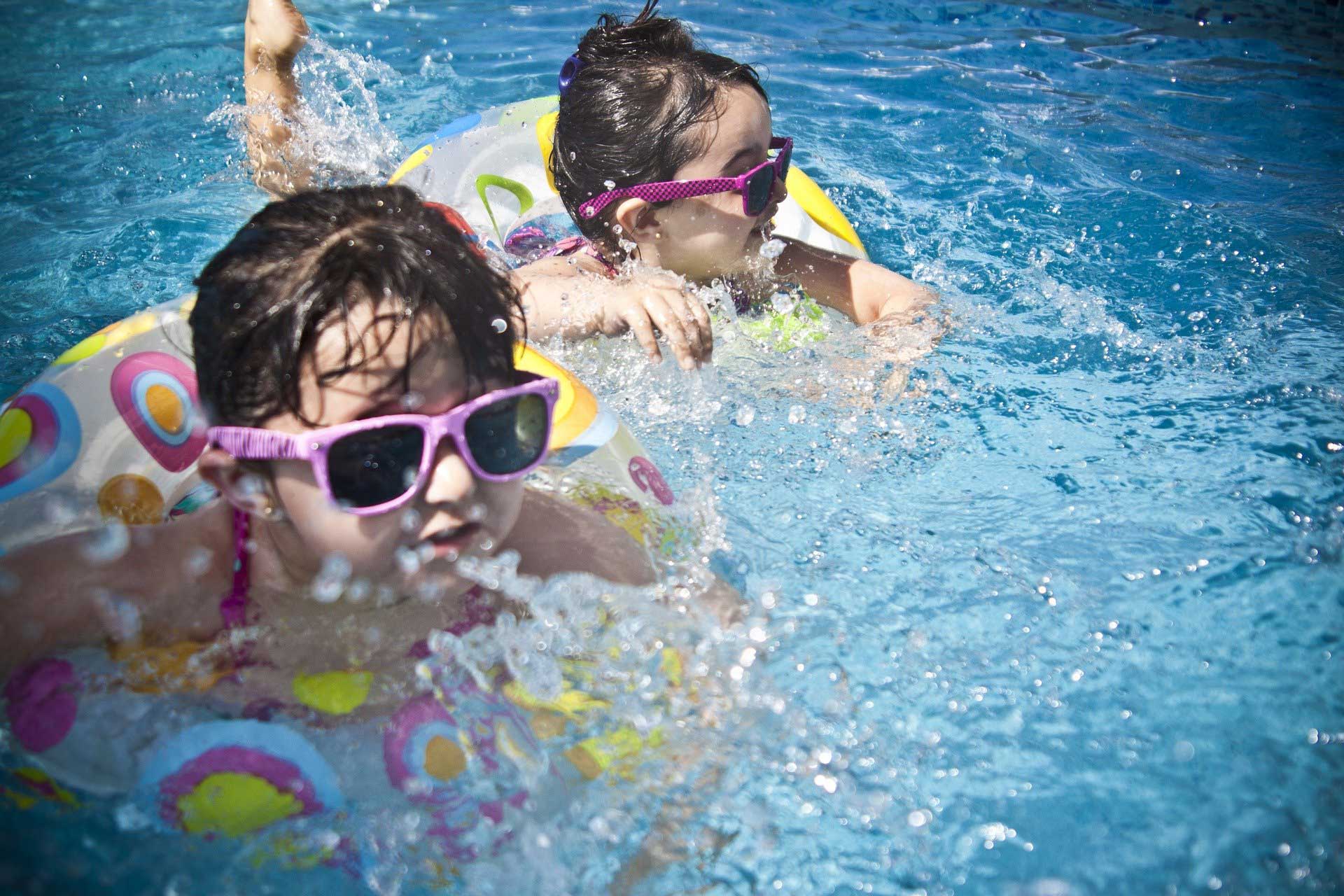 In addition to the river, another great natural asset for the region is thermal water. The 55°C warm, sodium hydrogen carbonate containing water of the spa comes to the surface from a depth of 1317 metres, and is suitable for treating mostly musculoskeletal problems and inflammations.
In 1958, hot water was found during deep drilling for oil within the village area. The sulphuric thermal water at 33 °C was allowed for a while to flow away into the drainage system, but then the village council decided to create a spa. As part of the first phase a small children’s pool and a cca. 15-metre long “swimming pool” were completed. These soon proved to be small and there were also shortcomings in their construction. With the help of the local community a new 33-metre swimming pool was built in 1968, and the basic services necessary for the operation of the spa also appeared. The spa area has been expanded several times and new children’s pools were built. As early as in the mid-1970s, the decline in well water output started to become a problem. In the last two decades, providing the required amount of water was only possible with the help of a compressor and by the addition of cold water. Drilling for a new thermal well began in November 2001, in relation with the idea of a new recreation centre planned for the spa area. As a result, a thermal water source with a high yield and 57°C temperature was found in January 2002. The new thermal spa was designed by architect Sándor Dévényi, and was inaugurated in June 2005.
One of the newest and most modern baths, the Barcs Spa was built in a nearly 3-hectare area located in the traditional town centre. Guests can relax and recover in a state-of-the-art facility, in a high-standard and friendly environment. Operated throughout the year, the bath boasts six indoor pools and an outdoor one awaiting visitors wishing to relax, and for the summer three additional seasonal pools are also opened.
For further information please visit the web pages of the spa »