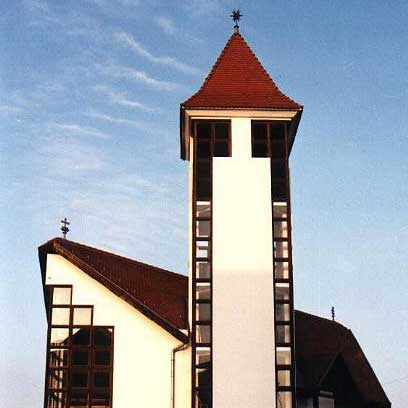 The small Calvinist congregation consisted of people moving to Barcs from small Hungarian villages in the 18th-19th centuries. Due to their small population, they could not constitute as a central congregation for a long time.

Their pastoral care was provided by the pastors of Darány and Erdőcsokonya. Initially they held their worship services in a small house of prayer, which was near the intersection of Ország and Német Streets (now Béke Street). They first began their fundraising in 1939 to build their own church, but because of the war, they could not complete their plan.

The population of the congregation soon increased exponentially. Among the Hungarians of the Highlands who were expelled from the territory of the Czechoslovak state in 1947 and settled in Barcs were 17 Calvinist families. Their descendants still provide the backbone of the congregation today. At the time of the change of the political system, the idea of ​​building a church arose again.

Pastor Zoltán Császár Bíró organized everything. Construction could finally begin in 1990 on a plot of land on Bartók Béla Street donated by the local government. Thanks to many voluntary donations and social work, the community was able to start using the new church in 1994. The congregation currently has about 600 members, more than 200 of whom are active participants in local church life.