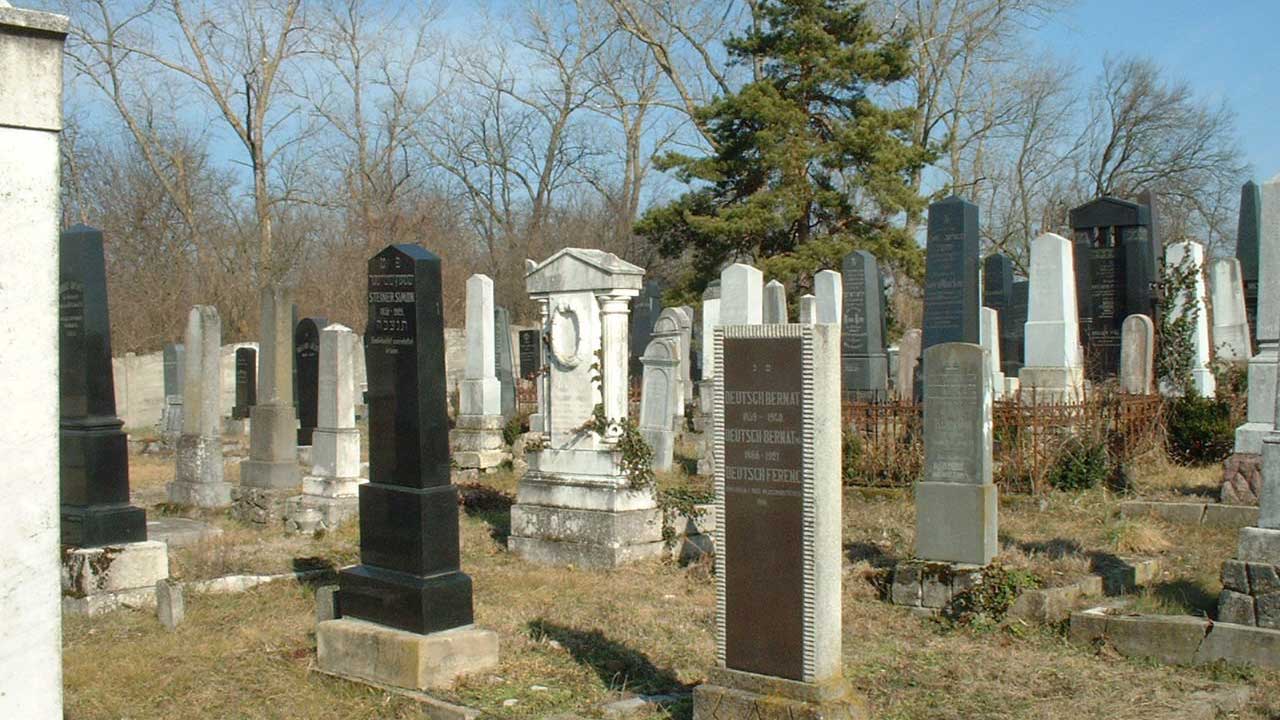 The Jewish population of Barcs increased significantly from the second half of the 19th century as a result of the economic recovery following the construction of railways and the start of shipping on the Drava. In addition to community facilities, the construction of a cemetery had become necessary.

It was built in the mid-1860s in connection with the northern boundary line of the cemetery on Imre Street, its marking is already on the 1866 cadastral map. Towards the end of the century, after the formation of the local Chevra Kadisa (Holy Association, Funeral Association) (1890), a mortuary and a cemetery guardian’s apartment were built in the cemetery. The mortuary was demolished in 1988.

At the front of the cemetery we can see a monument to the Jewish victims, it was relocated from the demolished synagogue alongside with the tablets of Moses. The oldest still legible tombstone in the cemetery is from 1868.