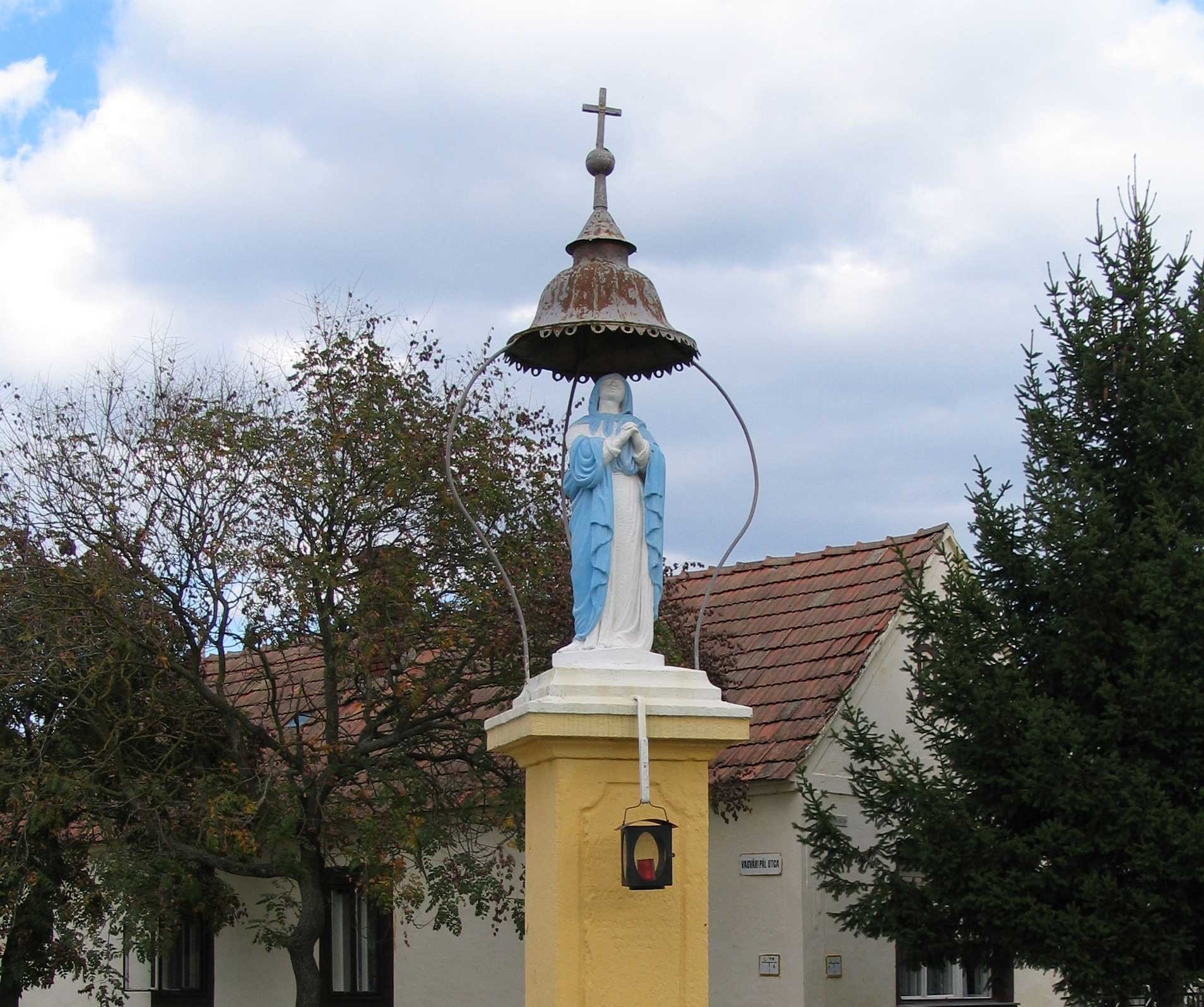 It is a statue of Mary under a canopy on a columned pedestal at the end of the former Imre Street, today Vasvári Street. According to the barely legible inscription on its pedestal, it was erected in 1882 by Georg Maria Wekker. A similar statue of Mary without a canopy stands on a high cylindrical column at the eastern corner of Nagyhíd-Bajcsy-Zs. Streets. The exact date of its erection is unknown, but most probably it is the second half of the 19th century.