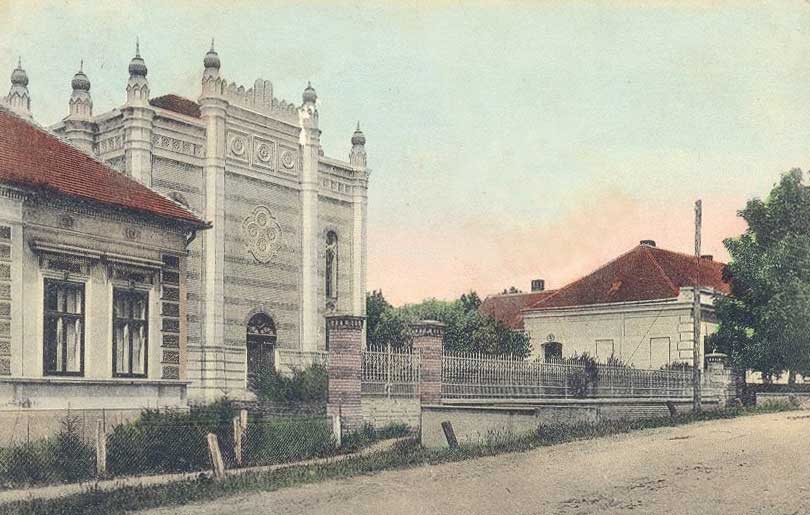 The Israeli residents of Barcs held their feasts in the neighbouring Virovitica from the 1860s, as neither a house of prayer nor a synagogue was available locally.

In 1883, an elementary school and a prayer hall were established in the building (Novák House) rented from Károly Kremzir, which was then donated to the community by Mór Kremzir in 1892. The community soon outgrew both the school and the prayer hall, so in 1895 a new school and in 1899 an imposing new synagogue was built costing nearly 40,000 forints, the ceremonial inauguration of which took place on 22 August, 1899. Both facilities were located in the then largely undeveloped area between Barcstelep and Barcs. The model for the synagogue was the Leopoldstadt Synagogue, designed by Ludwig Förster in 1858, and this new building was designed by architects Enderle and Freinwald. The exterior of the synagogue is made of red and yellow brick stripes, and the Torah room is made of Zsolnay porcelain. Its external size was 15,90 x 24,55 metres.

The construction work was carried out by a local construction contractor Ferenc Szenicza, and the finishing works were done by the masters of Barcs. It was used as intended until the deportation of the Jews, and then the building, which was looted and partly destroyed during the war, stood abandoned and ruined for a long time. In 1967, the Jewish community sold it to the local ÁFÉSZ, that turned it into a home store. Completely stripped of its original form, the building, which deserves a better life, functioned as a shop for a long time and is now empty. The tablets of Moses, which were placed on the facade of the former synagogue, are currently in the Israelite cemetery.